A Visual Take on The Feast of Thanksgiving

Since the invention of the camera photos of people and art focused on Thanksgiving has allowed us to trace much of what our society holds dear for this feast of thanks. Honestly, these photos and photos like them allow us to know the varieties of ways that the holiday was and is viewed.

Let’s start by looking at photos from 1910 – 1915. Many are available from the Library of Congress, but this article we refer to here shows a truly representative set of photos that give a feel for the Thanksgiving celebration of that era. Take a look at a few and then head over to the article to see more.

Be ready because “Elaborate costumes and masks were commonplace, some rode horses or bicycles, throwing confetti and flour on pedestrians was “an allowable pastime,” and masquerade balls would take place across the country.” 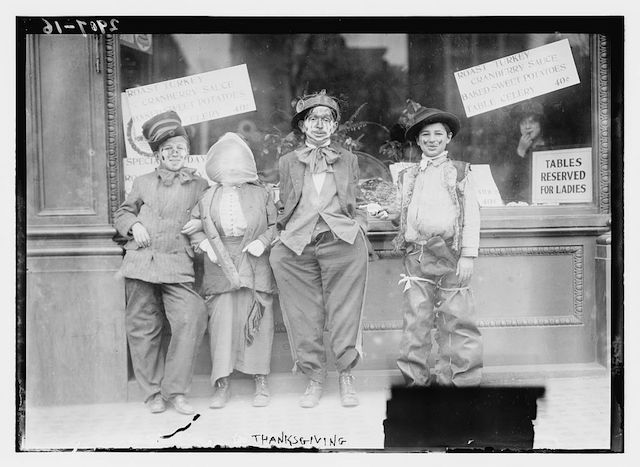 You can see more of this old time tradition here: http://petapixel.com/2014/11/26/old-photos-reveal-odd-thanksgiving-traditions-100-years-ago/

Our next look at Thanksgiving traditions takes us to the beginnings of one that continues today. From our linked article, “The Macy’s Thanksgiving Day Parade started in 1924, though then it was called the Christmas Parade. In its earliest years, entertainment came in the form of animals borrowed from the Central Park Zoo. The first float, Felix the Cat, appeared three years later in 1927.” 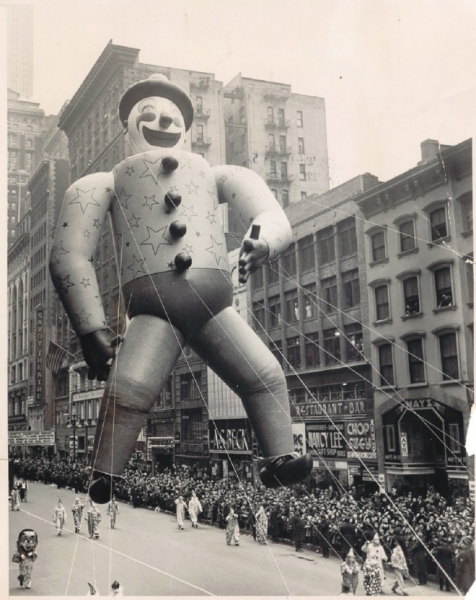 See more of the Macy’s Parade tradition here: https://www.wired.com/2013/11/the-macys-thanksgiving-parade-was-way-cooler-in-black-and-white/. Yes, the photos are in black and white.

Another look at the history of the Thanksgiving Feast comes from the covers of the Saturday Evening Post. The Post long ago began to place Thanksgiving themes on their cover. 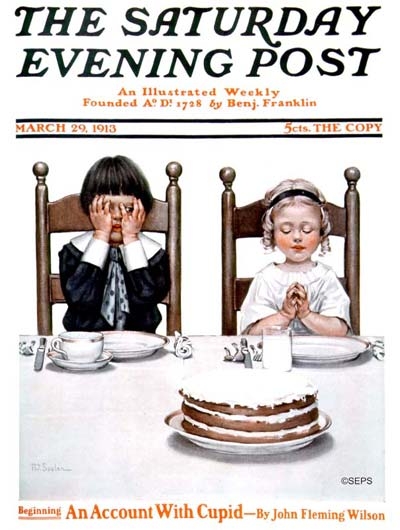 You can see more of these classic Saturday Evening Post covers here: http://www.saturdayeveningpost.com/2015/11/18/art-entertainment/turkey-time.html

And one last photo to remind us of much of what Thanksgiving means. A photo of Norman Rockwell’s famous 1942 painting, Freedom from Want.

Let us know what you think.